Members of the Red Cross Society of Nigeria have taken over patients’ management at Sokoto Specialist Hospital to cushion the effect of JOHESU strike in the state. The News Agency of Nigeria (NAN) reports that the

Members of the Red Cross Society of Nigeria have taken over patients’ management at Sokoto Specialist Hospital to cushion the effect of JOHESU strike in the state.

The News Agency of Nigeria (NAN) reports that the intervention followed the solidarity strike embarked upon by state health workers with the protracted nationwide industrial action initiated by the national secretariat of the Joint Health Sector Union (JOHESU).

A NAN correspondent, who visited the hospital on Monday, reported that the Field Officer of Red Cross Society, Hussaini Yahaya, was seen at the General Out-patient Department (GOPD) in Sokoto Specialist Hospital assisting patients to consult doctors and provide other health auxiliary services in the past four days at the hospital.

“We assist between 150 and 170 patients every day and we recorded one death since we started. Our officials are on the field throughout the day and night, and we offer assistance to all categories of patients including emergencies. 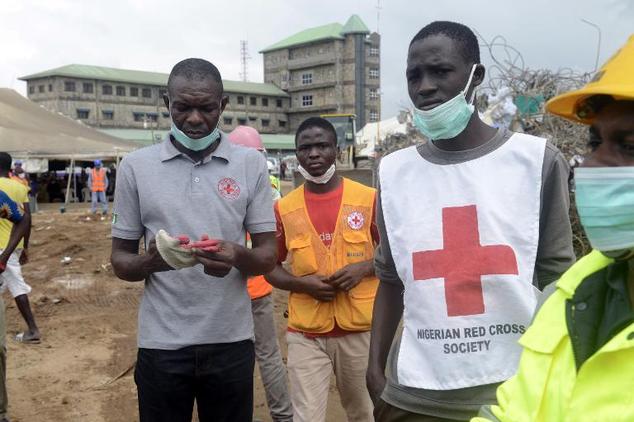 “People are happy with our services and even doctors called on us at times on some explanations,’’ Mr Yahaya said.

According to him, officials of the society also offer similar services at the Maryam Abacha Hospital, WCWC Hospital and Usmanu Dandfodio University Teaching Hospital (UDUTHS) beside the Specialist Hospital across the state.

He however called for more financial support to complement the efforts of the society in alleviating logistics challenge.

Similarly, NAN reports that medical doctors were seen attending to patients at the GOPD while some senior management officers offered services at their respective departments.

Such services were being rendered at the Accident and Emergency Unit, HIV/AIDS Centre, Dialysis Centre, Tuberculosis Treatment Centre and Maternity Labour Room.

NAN also observed that some JOHESU leaders were going round to ensure compliance with the national directive.

A source who pleaded anonymity told NAN that consultation between the management of the hospital and the union was in progress to end the industrial action.

The Chief Medical Director of the hospital referred all media enquiries to the state Commissioner for Health or Head of Service.

However, the Public Relations Officer of state’s Ministry for Health, Ibrahim Iya, confirmed that JOHESU members in the state had joined the strike.

Mr Iya said that the situation was not bad as many services were being rendered to patients, adding that negotiations are ongoing to end the strike.

WHO Deploys Nearly 4,000 Volunteers To Tackle Malaria In Borno And Adamawa States

Why strike will continue in Nigeria’s health sector – Commissioner